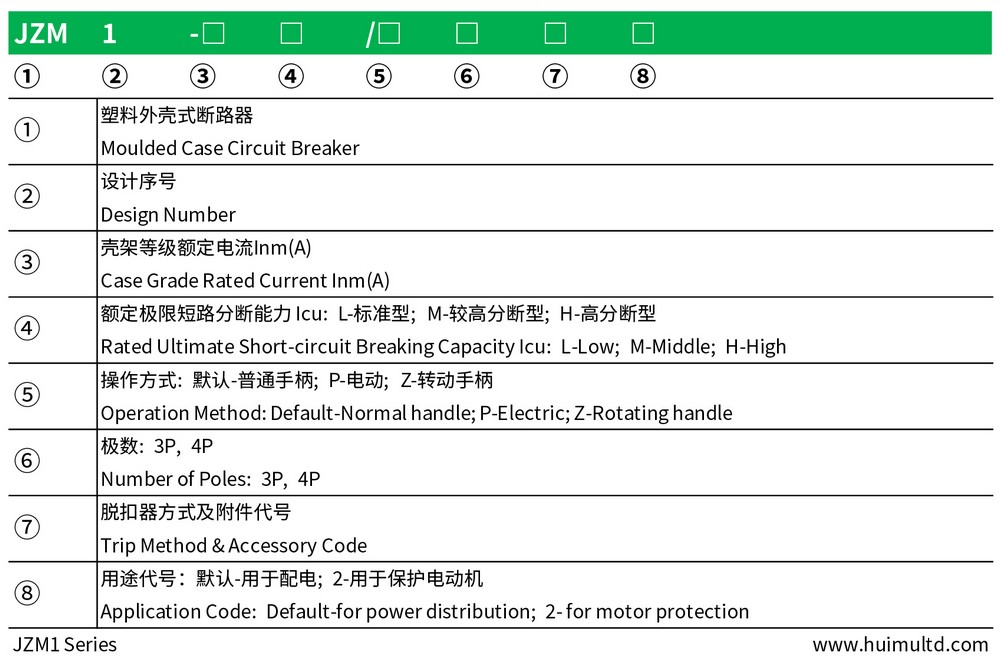 1.1 According to the number of poles:

Type A: N pole is not installed with an overcurrent release, and N pole is always connected, and it is not working together with other three poles;

Type B: N pole is not installed with overcurrent release, and it is working together with other three poles (N pole is closed first and then opened);

Type C: N pole is installed with an overcurrent release, and it is working together with other three poles (N pole is opened first and then closed);

Type D: N pole is installed with an overcurrent release, and the N pole is always connected, and it is not working together with other three poles.

1.4 According to the wiring method:

1.5 According to the type of overcurrent release:

● Ambient temperature: -5℃~+40℃, the average value of 24h does not exceed +35℃. If the circuit breaker works in an environment where the temperature is higher than +40°C or lower than -5°C, please contact us;

● Installation site: no rain and snow erosion, no corrosive gas, the vertical inclination of the circuit breaker does not exceed ±22.5°;

● It can withstand the influence of humid air;

● It can withstand the influence of salt spray and oil mist:

● It can tolerate the influence of mold;

● It can work reliably when subjected to the normal vibration of the ship;

● It can work reliably under earthquake conditions (4g). 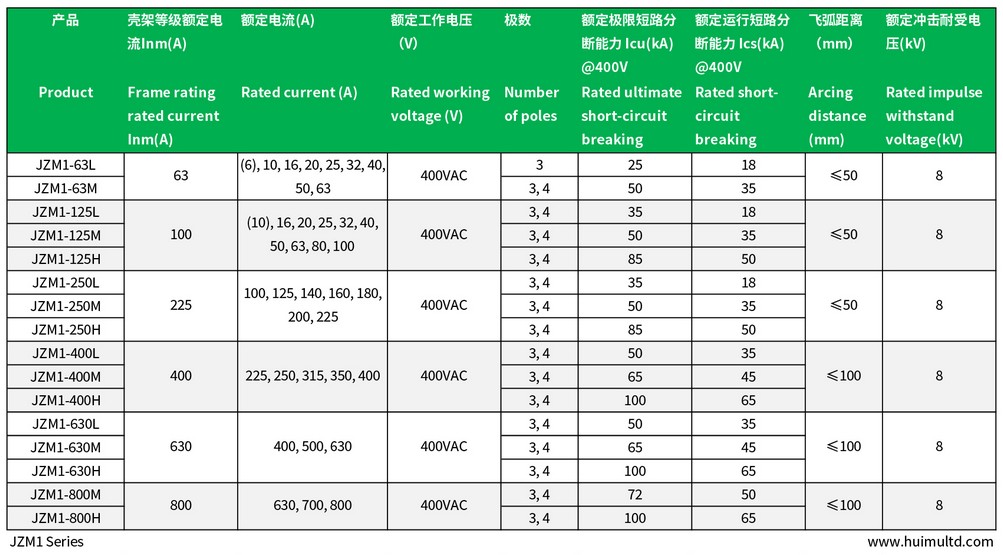 Both the auxiliary switch and the alarm switch are used to display the operating status of the main contact of the circuit breaker. The difference between them is:

There are three types of undervoltage releases: 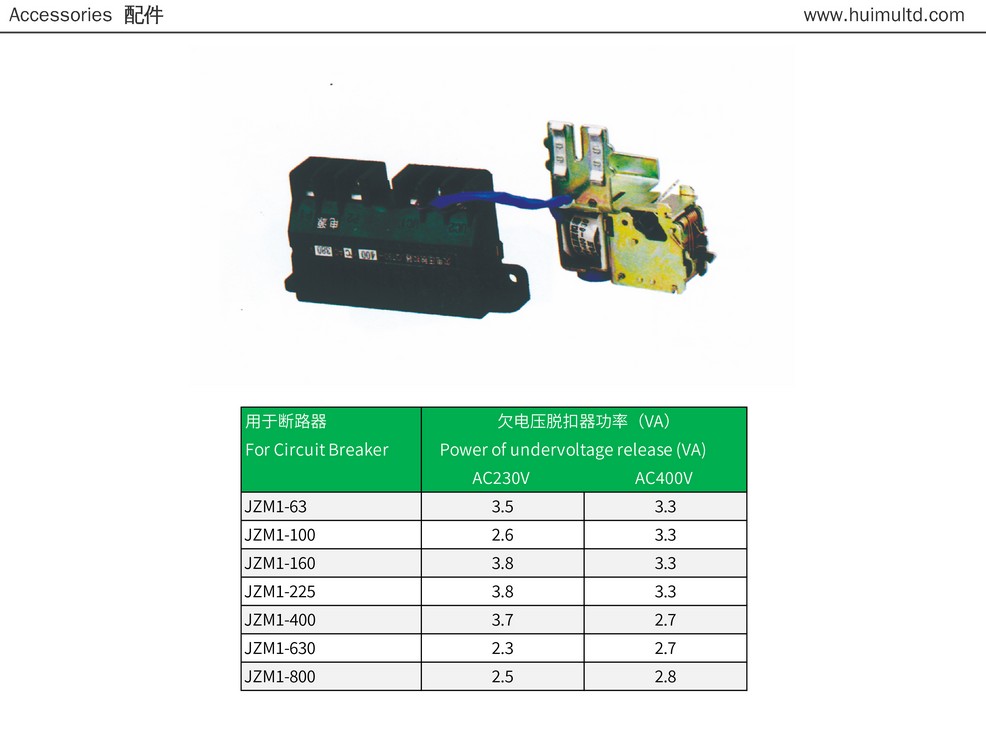 The shunt release is an executive element used to remotely open the circuit breaker in an emergency state. It is commonly used in the power-off protection circuit of the power distribution cabinet. When the externally applied voltage is 70%~110% of the rated control voltage of the shunt release, it can disconnect the circuit breaker reliably. The shunt release has a variety of rated control voltages and different power frequencies, which can be selected according to actual needs.

The auxiliary handle is an external extension handle directly mounted on the handle of the circuit breaker. Generally used for manual opening and closing operations of large-capacity circuit breakers of 600A and above. 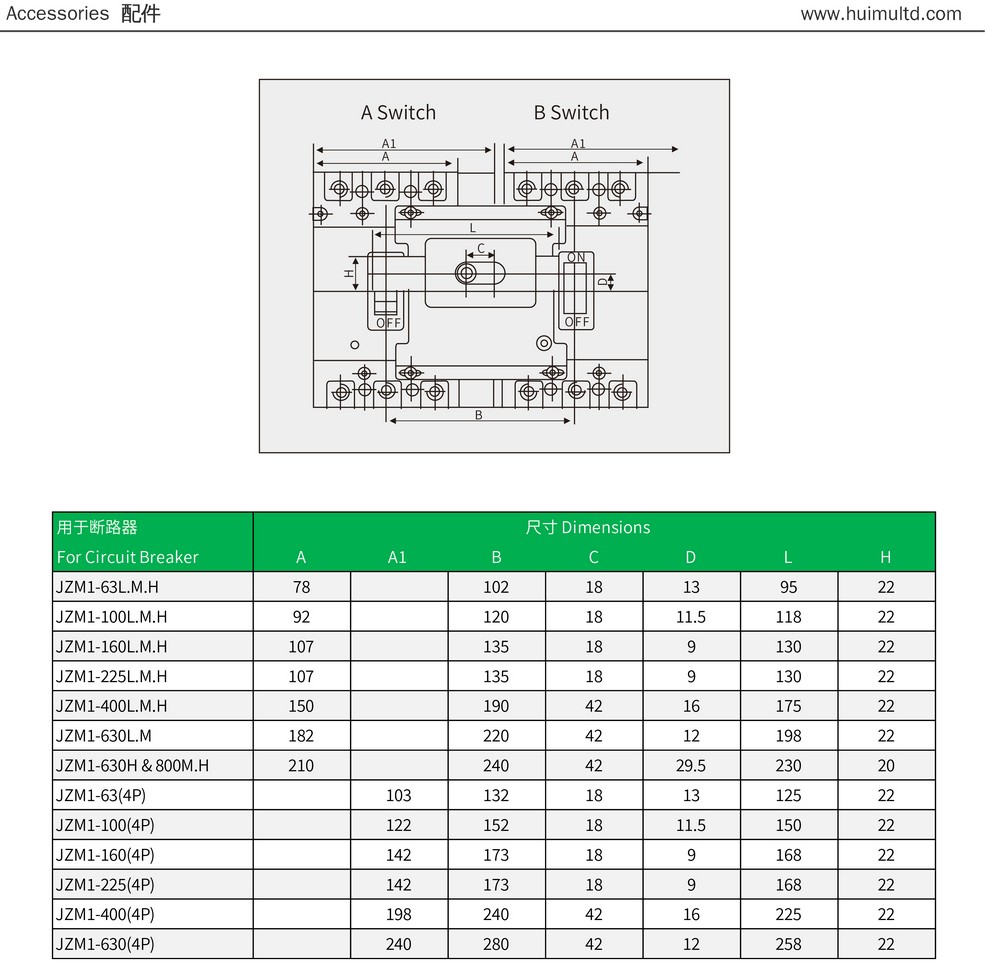 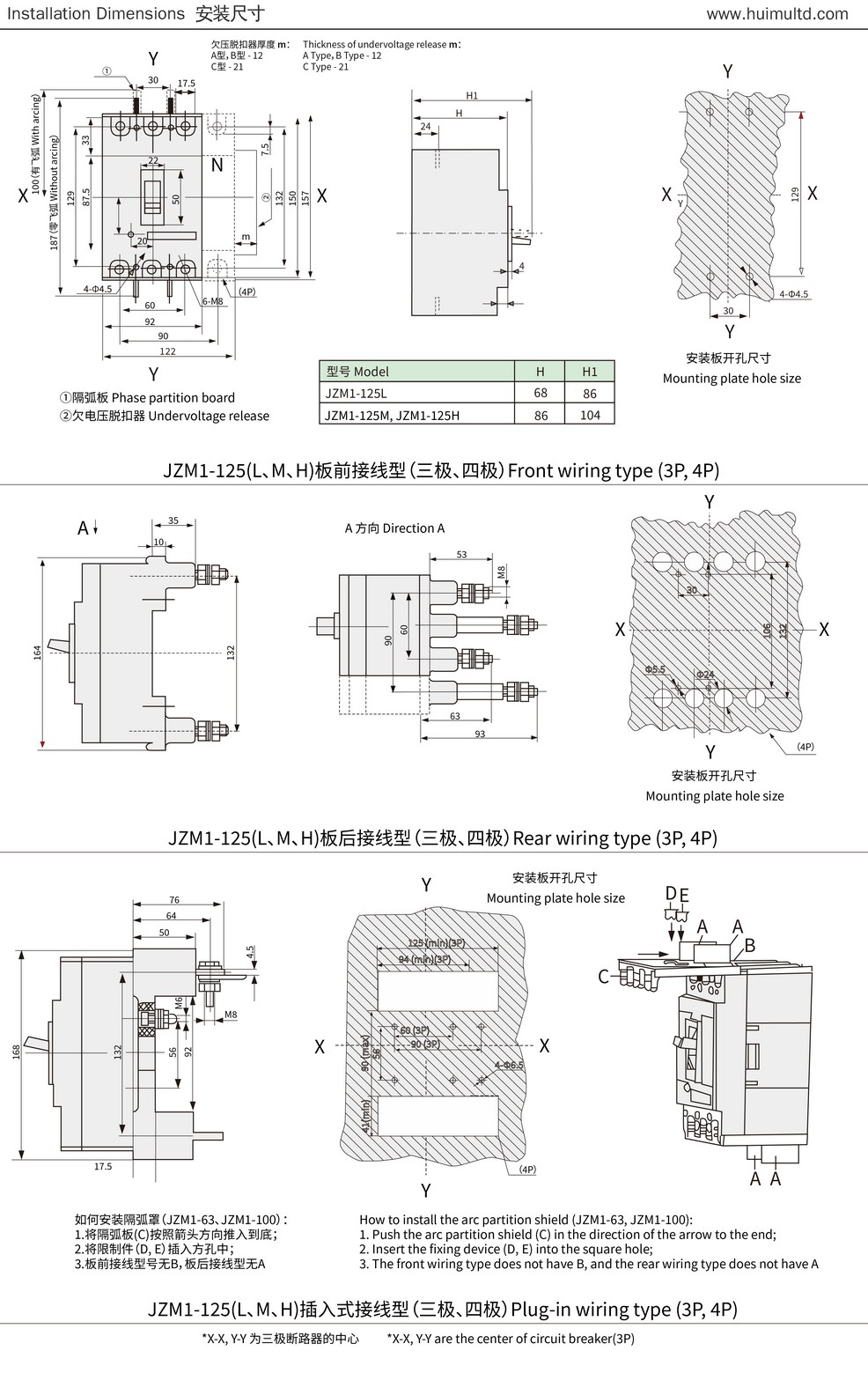 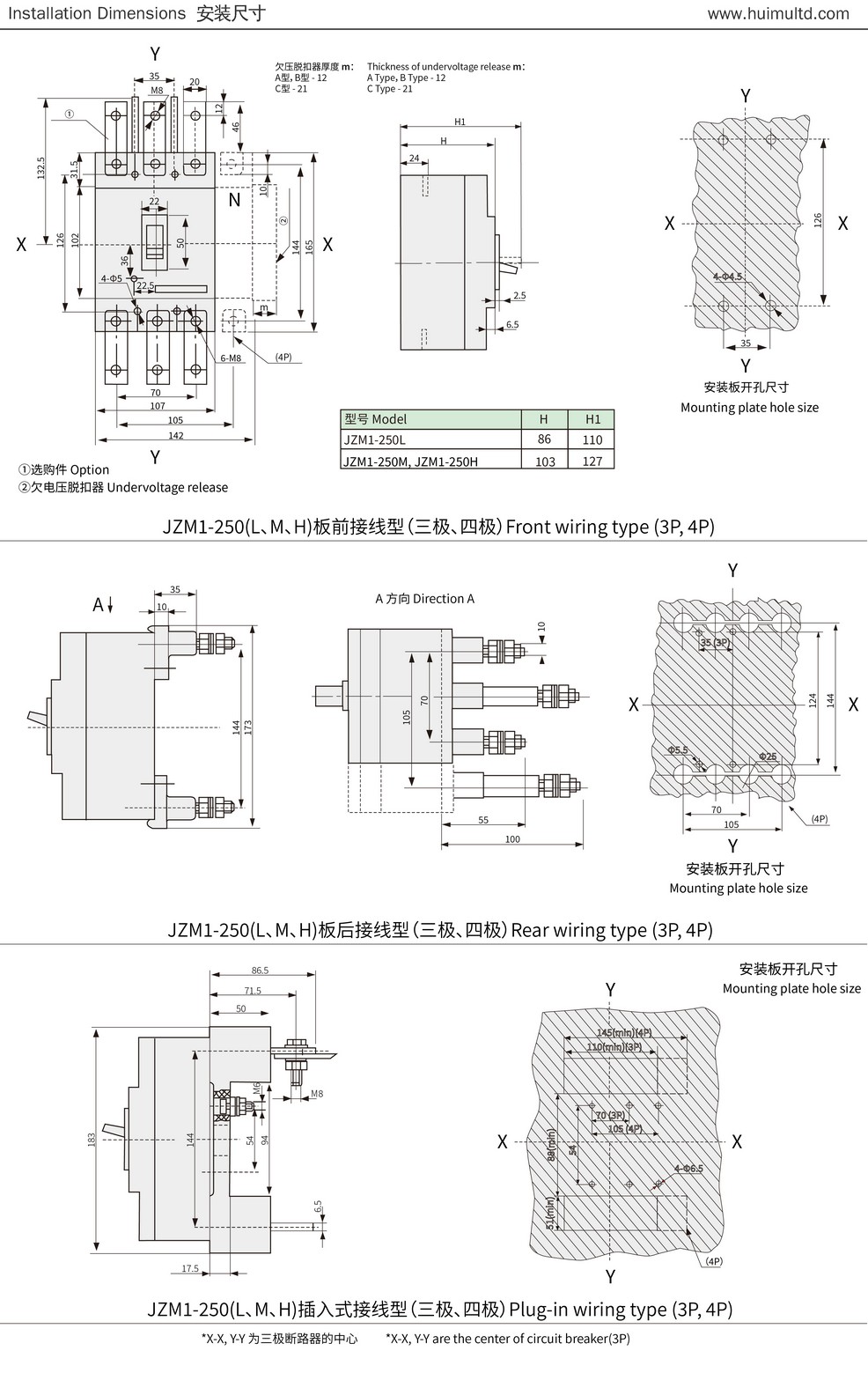 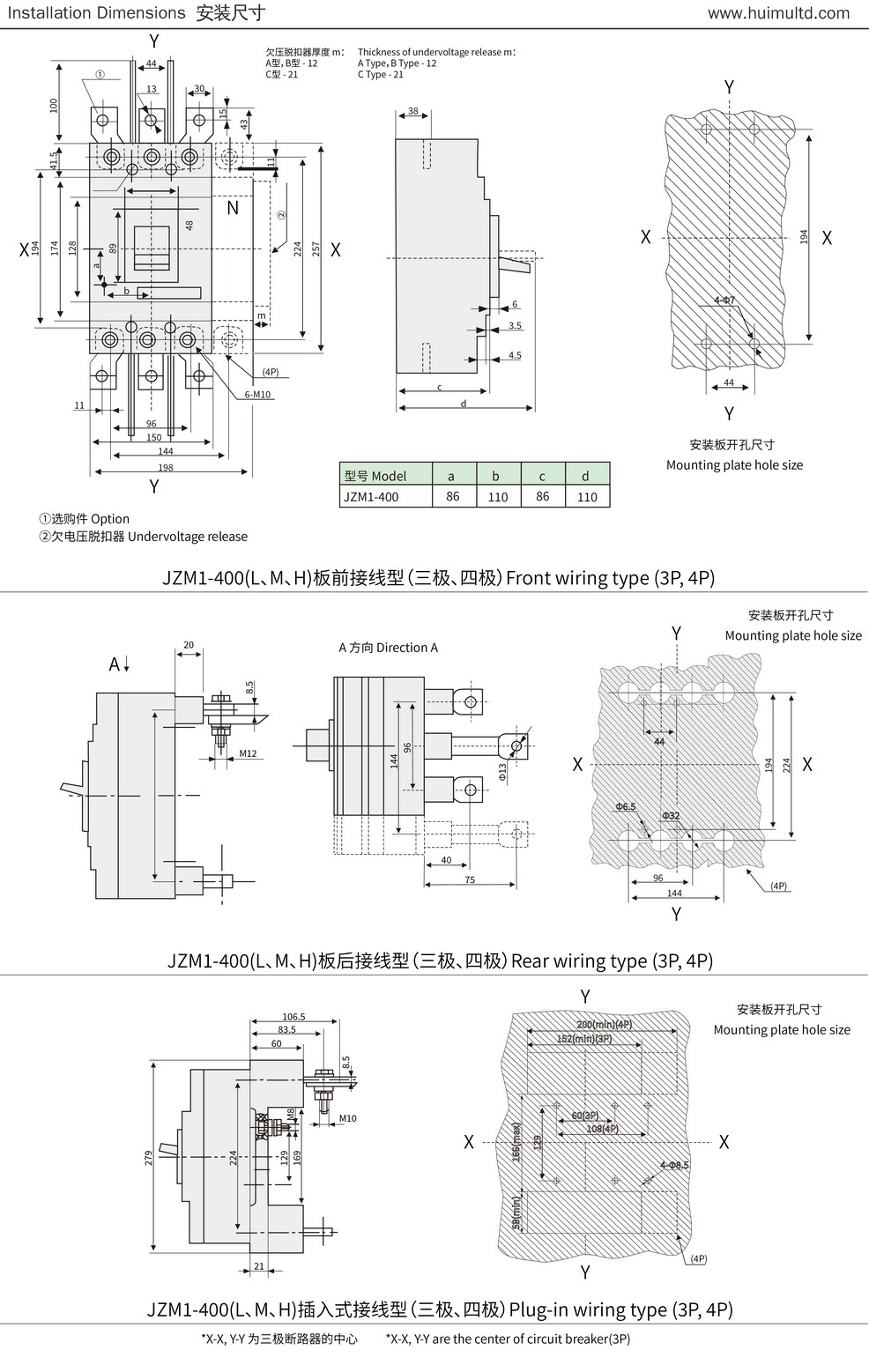 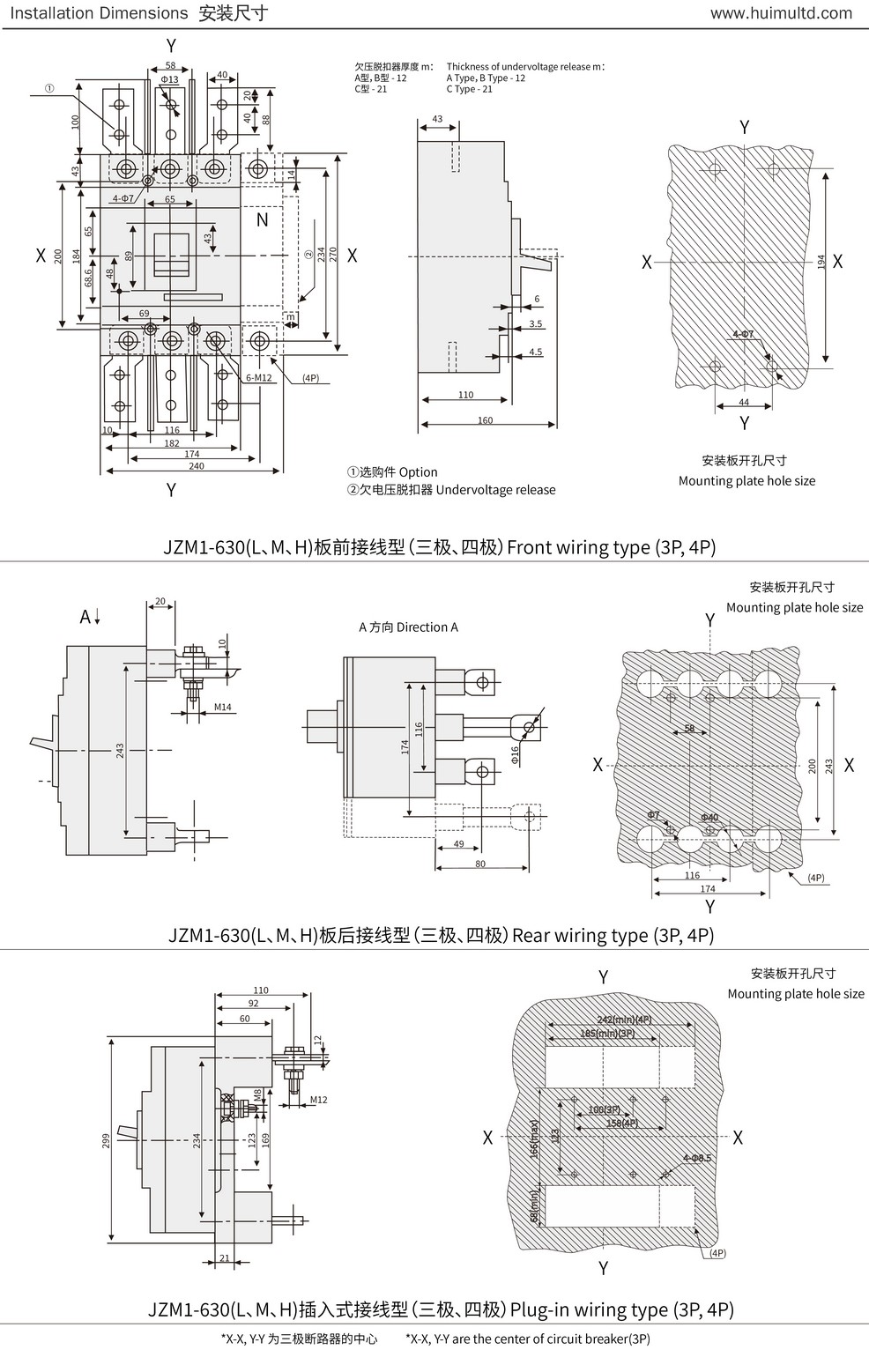 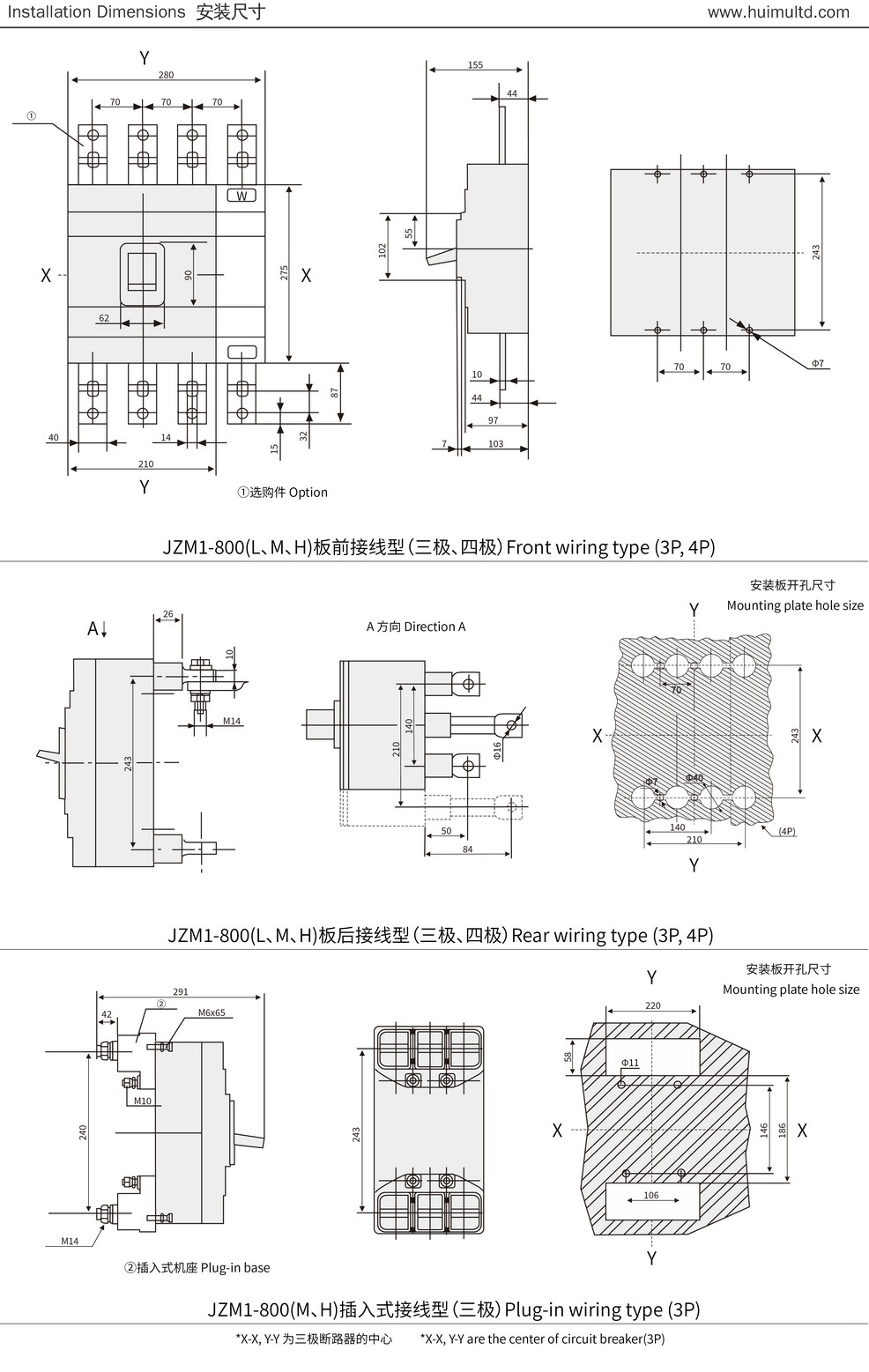