HR6 Series Fused Disconnect Switches (FDS, also known as Fused Switch Disconnector,FSD, or Knife Switch, KS) are mainly used in power distribution circuits and motor circuits with rated voltages of 380VAC and 660VAC (45-62HZ), rated conventional thermal currents of 630A, and high short-circuit currents. HR6 series switch disconnector can be used as power switch, isolating switch, and emergency switch, but generally cannot be used to open and close a single motor directly. The HR6 series disconnector uses a fully plastic structure, composed of a base, a cover and an arc extinguishing chamber, and its static contact is directly mounted on the base. The arc extinguishing chamber of the HR6 series disconnector is easy to disassemble and assemble, and Its interior is divided into an inner chamber and an outer chamber, and it uses a multi-piece metal arc extinguishing shed, which helps to enhance the arc extinguishing capacity and improve the life time of the contact. The NT series fuse link is installed inside the cover. The cover of the HR6 series isolating switch has a large electrical isolation distance to meet the requirements of the disconnector, and it can be easily removed from the base for easy installation and replacement of the fuse. There are two sets of mounting holes on the base of the HR6 series isolation switch, which can meet the installation requirements of various switch cabinets and panels. According to actual needs, auxiliary contacts can be installed on the two sides of the HR6 series disconnector to send a signal indicating the switching state of the switch. 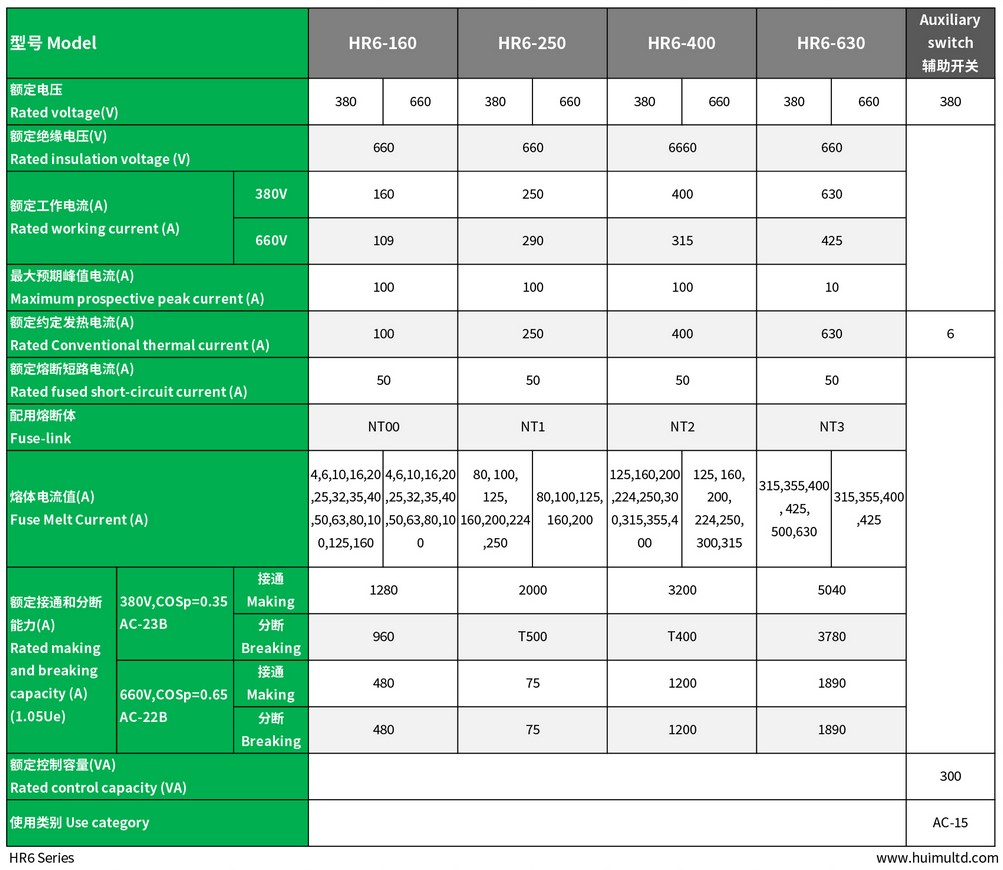 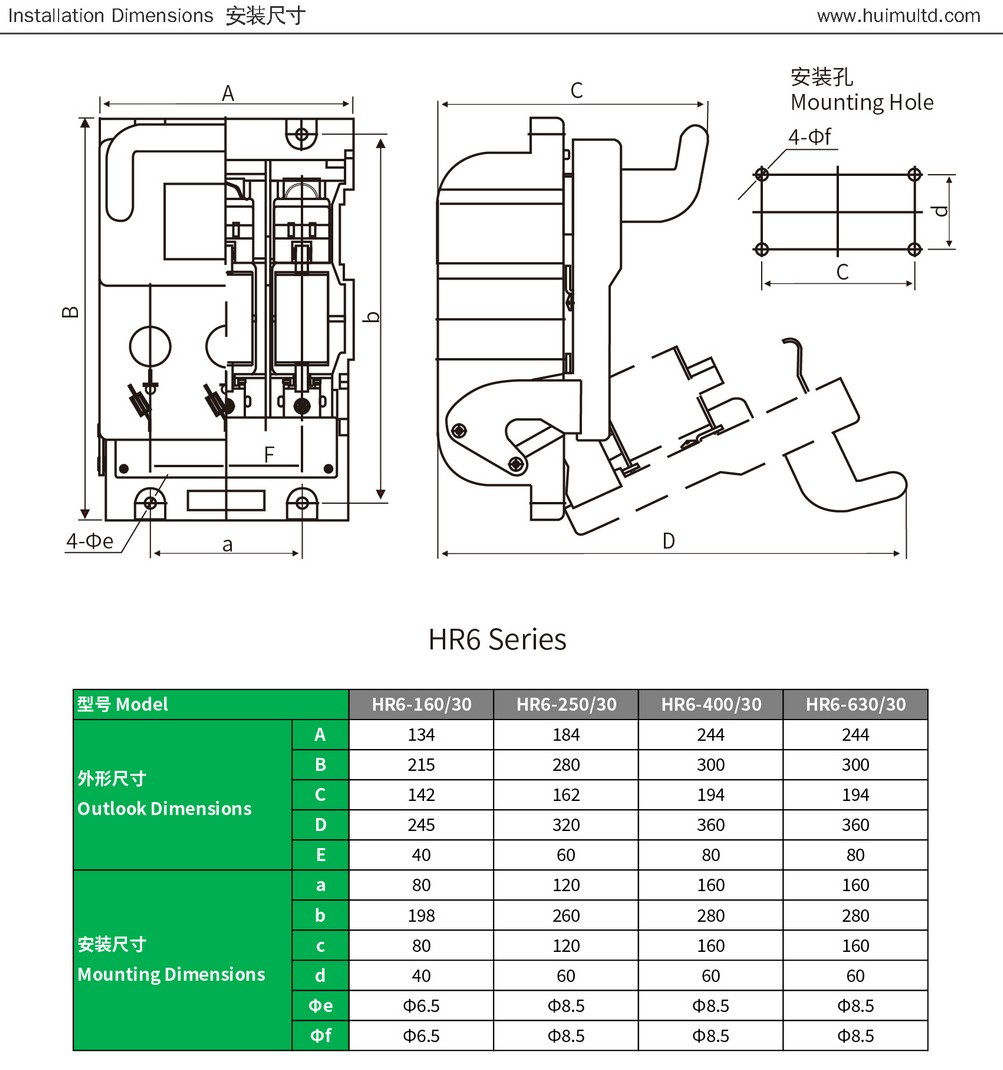